Mondoví: the cradle of Piedmont Baroque and the capital of hot air balloon flight

The city of Mondovì, capital of the area know as “Monregalese”, was established in 1198 by the inhabitants of Vicoforte, Vasco and Carassone. They hated their Lord, the Bishop of Asti, and so they took refuge on a mountain and built a new settlement. This is why the new town was called “Monte di Vico”, and later “Mondovì”. Piazza, the mediaeval-walled upper part of the city, is set on a hill and dominates low-lying districts. It may be reached on the comfortable modern funicular railway designed by Giorgetto Giugiaro. The streets of Piazza converge on the beautiful Piazza Maggiore, surrounded by arcades, with Palazzo dei Bressani (thirteenth century), the Governor’s Palace, the Sub-prefecture, the Town Hall and the baroque part of the Jesuit church and college. The Jesuit church, known as “La Missione”, is dedicated to San Francesco Saverio. It was built by Boetto in the seventeenth century and the internal artwork is by Pozzo, who demonstrated his prowess there. He went on to confirm his skills in works carried out in Rome and Vienna. Piazza Maggiore is also where the Museo della Ceramica Vecchia Mondovì (Ceramics Museum) is to be found; a latest-generation multimedia museum housed in the halls of Palazzo Fauzone in Germagnano. The rooms have a superb view of the square, the Maritime Alps, the Cuneo plain and the Langhe Monregalesi. The skilfully restored frescoes, stuccos and furnishings date back many centuries.

The Bishopric, to the north of Piazza Maggiore, is currently closed for restoration. The building was a university from 1556 to 1719 and contains some precious rooms such as the Sala delle Lauree (Graduation Hall) and the Sala degli Arazzi (Tapestry Room), woven by F. van den Hecke in 1619 from drawings by Rubens. The Cathedral of S. Donato is a little further on and was designed in the eighteenth century by the Monregalese architect Gallo. Lastly, there is the Belvedere garden from which the Torre Civica dominates a splendid panorama. The square also houses an eighteenth-century synagogue and the Misericordia church, another example of Gallo’s youthful flair. The municipality and the centre of commercial life are in the Breo district and there the Chiesa dei Santi Pietro e Paolo may be admired. It has a baroque facade and the “Moro”, a curious mechanical figure that rises from his throne to sound the hours and is the main character of the Monregalese carnival. Some notable buildings are the noble palaces and the imposing Baroque Chiesa di S. Filippo, designed by Gallo and built from 1734 to 1757. On the road down to Vicoforte, the small Cappella di Santa Croce is worth a stop. It has a magnificent fresco cycle – attributed to Antonio di Monteregale and painted between 1450 and 1460 – in which the influence of Jacquerio can be seen. 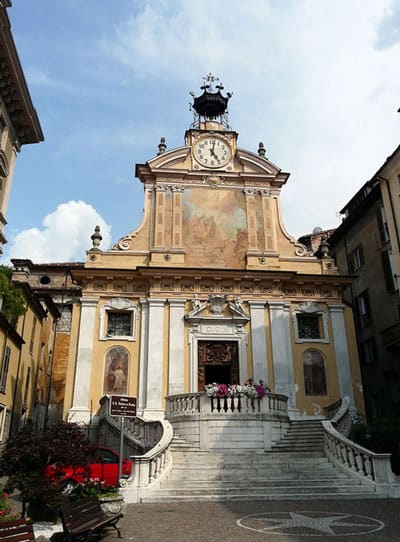 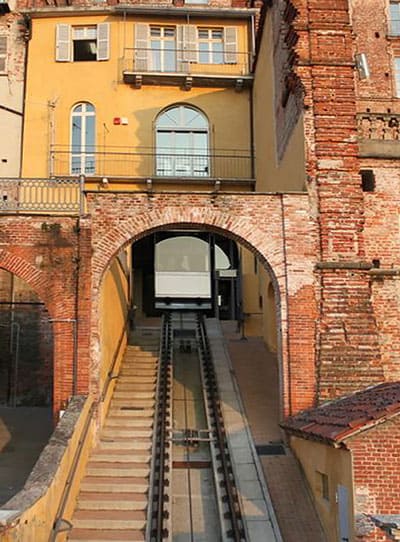 The first striking feature, when walking through the historic centre, is the number of sundials. For this reason, Mondovì is known as the city of time! The many sundials are all different from each other: sundial lines, a sundial with European lines, equinox daytime line, polar or missing stylus. They have one or more quadrants, astronomical times, Italian hours, or historical temporal hours. 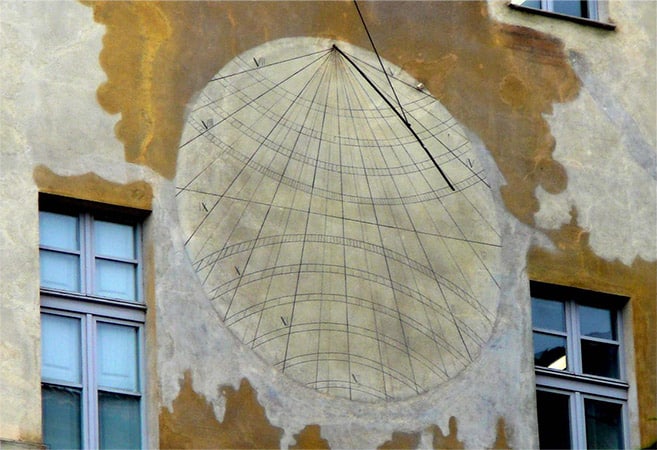 Six kilometres from Mondovì, in a small valley at the foot of Vicoforte, stands the Regina Montis Regalis Sanctuary, a pilgrimage destination to see the revered picture of the Madonna and Child. It is an architectural-urbanistic jewel, boasting the largest elliptical dome in the world. Orvieto Vitozzi started construction of this building, dedicated to the cult of the Virgin, in 1596 and the intention was to house the tombs of the Savoy family. New impetus came in the eighteenth century with Francesco Gallo’s project for the dome, also approved by Filippo Juvarra. It is seventy-six metres high at the centre and, with the main axis of over thirty-six metres, the majestic dome covers 6,036 square metres (almost the size of a football pitch!). Various artists alternated with the decoration, all working to create the largest existing fresco with a single theme: the Virgin, her earthly life, the expectation of redemption and the ascension into heaven. The great pictorial work was completed in 1752 by Mattia Bortoloni from Rovigo and Felicino Biella from Milan. The adjoining convent is home to the Casa Regina Montis Regalis, a structure for pilgrims and tourists.

In the skies of Mondovì

Mondovì is considered, without doubt, the place to go for hot air balloons. The first hot air balloon to arrive in the province was imported from England in 1979, purchased by the “Provincia Granda” air club in Cuneo. It was the first to be registered in Italy and the first volunteer pilot was Monregalese: John Aimo. This experience resulted in the founding of the country’s first flying school. After over 30 years of passion by a handful of pioneers (who are now veterans and champions) and thanks to particular conditions that make this area one of the best in the world for flying, balloons are now constantly seen in the sky. The city has adopted hot air balloons as a symbol and Mondovì is today an international capital of this type of flight. It boasts the first Italian aerostatic port, the longest-running meeting, an international school, the only single-speciality aero-club in the country, events of the highest level such as the Italian Championship or the Air Olympics and the WAG-World Air Games. 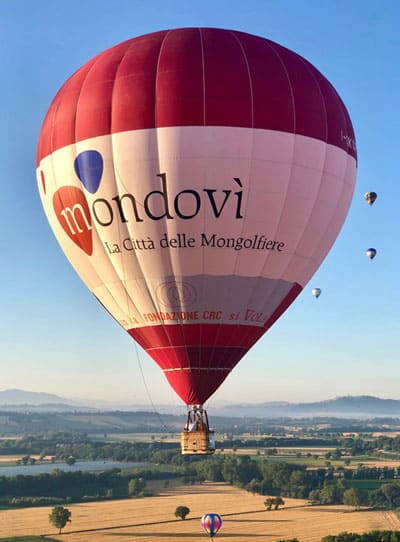 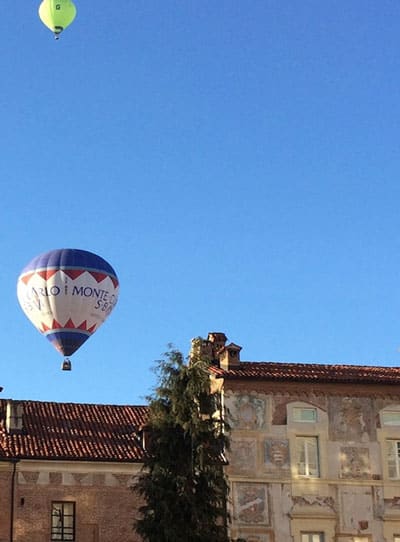